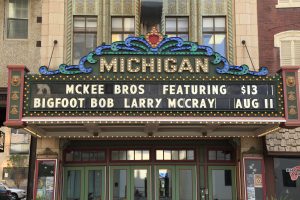 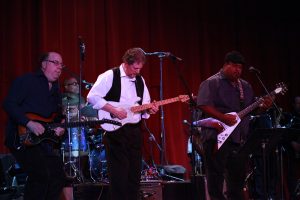 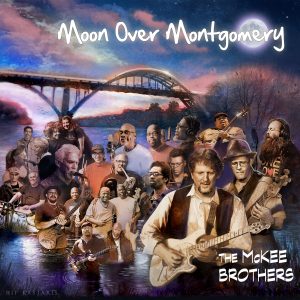 The McKee Brothers – Moon Over Montgomery

“Moon Over Montgomery,” the second release produced by The McKee Brothers, once again features inspired performances by a talented roster of players from Los Angeles and Michigan, including soulful vocalists Bob Schultz (original keyboardist with Bob Seger), Jeff Robinson, Reggie Gon- zales, Maxayn Lewis, Laith Al-Saadi (vocal and guitar – 2016 finalist on “The Voice”), Larry McCray (vocal and guitar), guitarist Ari Teitel, keyboardists Bobby West and Jim Alfredson (formerly with Janiva Magness and in Organis- simo), horn players Lee Thornburg (formerly of Tower of Power, now touring with Joe Bonamassa) and Doug Webb (Posi-Tone Records recording artist), bassists Bobby Watson (Rufus), Al Threats, and J.V. Collier (Bruce Hornsby) – as well as the brothers themselves: Denis McKee on guitar, keyboards, bass, and vocals, and Ralph McKee on bass, lap steel guitar, and vocals.
The music is high-energy and soulful, in several styles: from gospel (the inspirational title track paying tribute to the 1965 civil rights march), gritty funk (Go 2 Work!, Bayou Man, I Feel Like Dynamite, Blues of the Month Club), soul (Where You Gettin’ It?, Runaway Love, and the Latin-flavored Late At Night), jazz-blues (Kicks), to the funky country of Confidential and the rock of Remember When. Check out Laith Al-Saadi’s vocal and Larry McCray’s guitar on Worried About Tomorrow, the incendiary blues vocal by Jeff Robinson on You Know How I Lie, with smokin’ guitar by Al-Saadi, the rhythm section’s irre- sistible New Orleans grooves on Flat, Black, & Circular and Pigfeet, the great Lee Thornburg horn arrangement on the gospel ballad Celebrate Me Home, and some impressive guitar work throughout by Denis McKee. 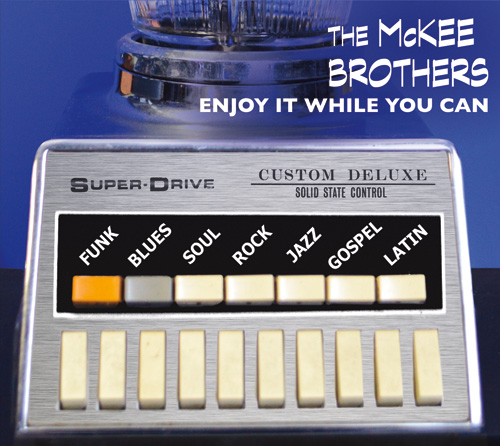 McKEE BROTHERS/Enjoy It While You Can: This one is simply going to catch you off guard and unaware. A show blues all star date, you’ve got contemporary stars here mixing it up with pros from the 60s and 70s whose chops and presence are full throttle and for real with no dust in the mix. Like the show bands from the Club Manhattan have sprung back to life, this mix of soul, funk and blues is an ear opener and a sonic tonic that gets the party started and keeps it going through the week end. Killer stuff that’s fully loaded throughout.
2016

This was the 13 piece allstar band we tracked at Big Sky.

We were seriously lucky to have very special guest Larry McCray on six tunes, including this one.

We are lucky to have Maxayn Lewis singing on our title track “Enjoy it While You Can”.  Fun session! 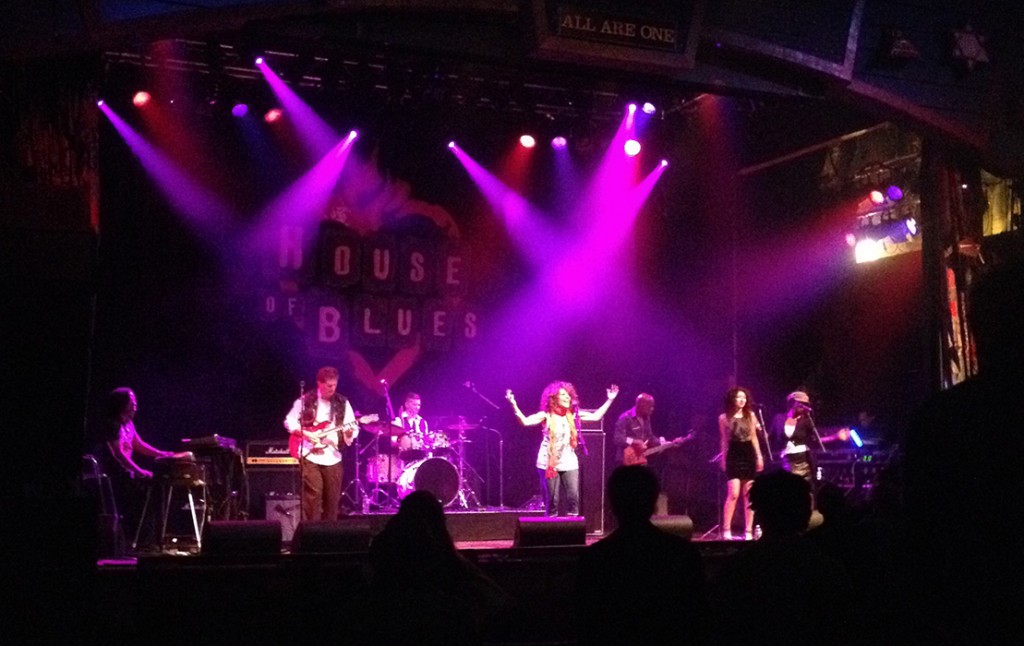 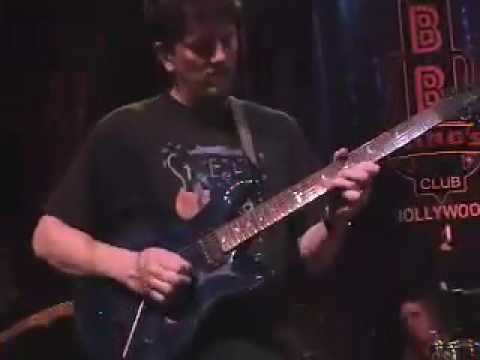